Was Allegri's return a mistake? 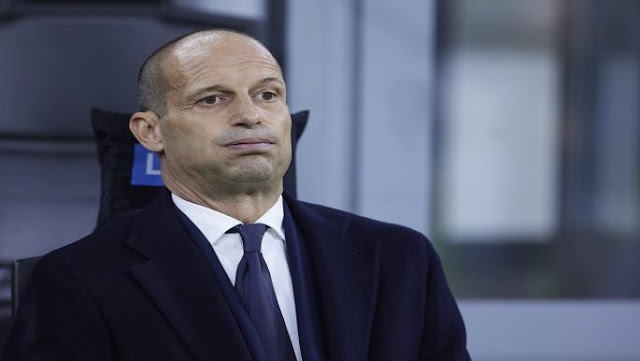 Was Allegri's return a mistake?

Ten rounds in the league were enough for some to start asking this question, ten rounds, or nearly a quarter of the season, and no one saw any important positive imprint for Allegri in the team, great difficulty in scoring, in seven matches this season the team did not score more than one goal per match It is very difficult to create a clear style. The continuous defense, which is justified against Chelsea, for example, cannot be so when it is repeated in Italy.

What is certain is that we are facing a failed start in the league, the team before the start of the season was the most prominent candidate, according to most observers in Italy, according to most followers of Calcio. The past, those results that were five points better than now after ten rounds of starting.

The problems that Juve suffers from seem many, almost in every axis he suffers, even at different periods, goalkeeper, defense, midfield, which is the problem of problems, and attack, which is the surprising problem indeed, for a team that owns Dybala, Chiesa, Morata, Koloszewski, Bernardeschi and Kane, and yet he finds all this difficulty up!

Certainly, now is the time for Allegri to be convinced of a major change in style and mentality. Allegri, who led Juve on five Scudetto occasions, does not have the data that would make him act in the same manner and style. At the time, Juve was individually able to resolve most matches. He was very defensive, simply Yuvi. Which was made in the style of Alegre, the situation is different now, and therefore some think that the style should also be different.

What are the possible solutions, perhaps shocking the team, motivating the players is not easy, basically Allegri, in turn, may not find the motivation, which he had on his first trip with Juve, five titles a big number, and the dream in Europe is currently impossible, the incentive may be a great desire not to Failure, because the team's path leads to a catastrophic place if it continues like this.

Allegri has always praised his constant change of the squad, this comforts the players, it is true, but its risks are many, especially when the team does not have players as it was before, and it seems incomprehensible that Chiesa is sometimes in doubt, and he is the one who is supposed to be his first star.

When he took the decision to dismiss Allegri, the prevailing belief at the time was that his era ended in Juventus, that he did his best and it was time for a change, Sarri and Pirlo came after him, they did not get a big chance, Sarri won the Scudetto as well, Pirlo was impossible to imagine a better start for him In his first training years, he needed time that he could not get, the decision was to return Allegri, a big contract for four years that cost the club nearly eighteen million euros annually, is the most expensive coach in Calcio, outperforms everyone, including Mourinho, much awaits him, What he has done so far is a modest performance and results for a team named Juventus, the challenge against Allegri has become great to restore confidence and prestige, so as not to make Agnelli regret his decision to return, so as not to confirm a famous saying used in Calcio as well: "Reheating soup is not a pleasant thing."