Arab stars in the gold league 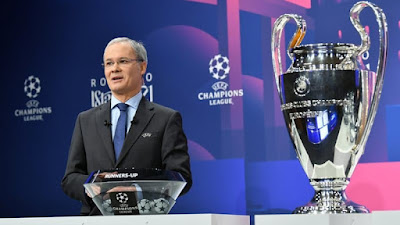 Arab stars in the gold league

There is no dispute that the English Premier League is classified as the strongest, best and most beautiful in the world, despite competing with the Spanish and Italian leagues at one time.

Certainly, English football was known as the cradle of football, which gave it the legitimacy of its tradition and history, and the world of football has lived since that time on the rhythms of a league famous for setting the laws of the game, so that the whole world is preoccupied with this tournament.

It is natural for some countries to clone their own local league in order to compete, which is what happened with the emergence of many leagues, such as the Scottish, Italian, Spanish, then German, French and others, to ignite the football conflict from the local to the European.

Meanwhile, the English Premier League continued to make its way distinct from the rest, attracting football stars from outside Britain, to highlight the names of many international stars. It is sufficient for us to live in a time when an Algerian named Riyad Mahrez gifted the Premier League title to his team, Leicester City, who had never crowned the title, to be an unprecedented achievement.

The same player, Mahrez, continued his brilliance and crowning titles with City. The success of the Algerian star gave a great incentive to the Egyptian star Mohamed Salah, who glowed with lightning speed in the English Premier League through the historic gate of Liverpool, which enabled him to return to crown the title after nearly thirty years of drought. The Egyptian star also gifted Liverpool the precious European title.

These Arab successes forced the English clubs to turn to the assignment of Arab players, and it suffices for us to be proud to mention, by way of mention, but not limited to, Trezeguet, Al-Muhammadi and Mohamed El-Nani from Egypt, and the wonderful Algerian coming with the strength of Said bin Rahma, the West Ham star, and the Moroccan Roman Sais, the Wolverhampton defense star, especially Moroccan gold Hakim Ziyech, the blues star Chelsea, and the Tunisian talent coming in the colors of Manchester United Hannibal Al-Majbri.

The most powerful league in the world is studded with Arabian jewels. really.​