The return of "Calcio"... the strongest "juventus" to regain power 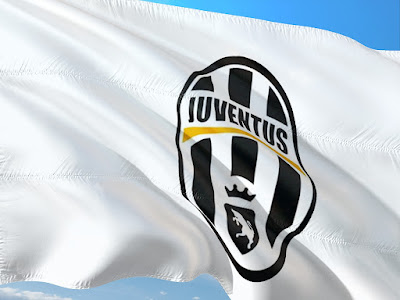 The return of "Calcio"... the strongest "juventus" to regain power

After a historic summer for Italian football, "Calcio" returns from its most famous gate, the "Secret A" league, with positive news, even if it does not seem enough for the clubs. The fans will be in the stands, but not in full, as is the case in France and England, for example, with a great desire from "Liga Calcio" to achieve this quickly, after the international break in particular.

Away from the form that will restore life to the stadiums after two exceptional seasons in every sense of the word, attention is directed to knowing which season we have to wait at the level of the struggle for the "Scudetto".

What is very clear is that Juventus is on paper stronger than everyone else. The return of Massimiliano Allegri gave him tactical solidity, given the experience of the Italian coach, who won five Scudettos with the club. The great development of the Italian Federico Chiesa. The arrival of his compatriot Manuel Locatelli will give an important addition in the middle, the return of Argentine Paulo Dybala from injury, the great confidence that has returned to the Italian duo Giorgio Chiellini and Leonardo Bonucci, with their compatriot Federico Bernardeschi, who completes the five European champions. With all these positives, the subject of Cristiano Ronaldo remains somewhat troubling. What would his survival mean to Allegri? At the tactical level and at the dressing room management level, it will be a great challenge for the coach, his success in it will mean a lot locally and in Europe in general.

On paper, Inter lost a lot of their strength that was last season, practically losing the trio, which was the main reason for winning the title; Italian coach Antonio Conte first, Belgian player Romelu Lukaku second, and Moroccan Achraf Hakimi. Getting into the reasons needs a topic alone, but the result is that we are in front of a different team, which will not go on the same line with "Juvi", but he is certainly able to retain the title if Italian coach Simone Inzaghi succeeds in overcoming the psychological issue first, and restoring confidence to the players after the changes that occurred second, And in the event that the new players of Bosnian Edin Dzeko, Dutch Denzel Dumfries and Turkish Hakan Chalanoglu starred, while the other striker is on the way. Everything may change, with much awaiting Argentine Lautaro Martinez, who has practically become the most prominent star after Lukaku. In short, we need to watch Inter Inzaghi so that the picture becomes clearer, with the assurance that the team has everything to compete for the title.

Milan also looks stronger, French Olivier Giroud in attack gives him goals he needed last season, French Mike Maynan quickly grabbed the spotlight in goalkeeping, although replacing Italian Gianluigi Donnarumma is not easy at all, while Italian Alessandro Florenzi will give better quality to the squad and more solutions to the Italian coach. Stefano Pioli, who is waiting for more in the midfield. But Milan's real ability to compete for the "Scudetto" depends on its Swedish star Zlatan Ibrahimovic, how many matches will he play? With the addition of one last thing that may seem marginal but is certainly not, how will the return of the Milan fans affect the team at the San Siro stadium in particular?

With the start of the season, the desire is also great to watch Rome Mourinho or to transfer Jose Mourinho in Rome. The Portuguese coach with the historic treble of Inter returns to Italy for the first time after that year. He has a group of talents; Italian Nicolo Zaniolo is at the forefront. If the team plays without pressure, it can do a lot.

Another team that can do a lot is Atalanta Gian Piero Gasperini, the club that observers agree that it can really compete for the title if it sets a goal for it, needs players or three of different quality, which does not seem to be one of the goals of the Italian club owner Antonio Percassi, but Atalanta It remains the most difficult opponent, and if he succeeds after losing a lot of points to teams that are clearly weaker than him, he may come as a surprise in the title race.

Among the seniors, Napoli and Lazio remain, the first with Italian Chano Spalletti, and the second with Maurizio Sarri, with the management of each of them thinking a lot about the financial situation, it seems that qualifying for the Champions League will be the big goal for them.

A new season with an old phrase, always repeated in Italy, they all want the head of Juventus, so is there anyone who can repeat what Inter did last season?