The impossible is not Nasser Al-Khelaifi 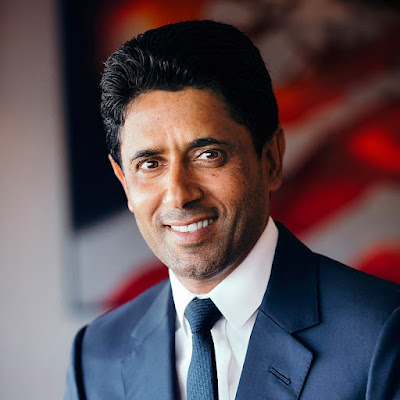 The impossible is not Nasser Al-Khelaifi

While the Catalans are still under shock since the announcement of Messi’s departure from Barcelona, ​​​​the Parisians did not wake up from the horror of a resounding deal that is difficult to comprehend and appreciate its effect, achieved by the club’s management from all aspects of sports, commercial and economic in a summer Mercato was the best in the history of the team, in quantity, quality and value, so that it He was able to secure four deals for players for free, namely Messi, Donnarumma, Ramos and Wijnaldum, within the framework of a ten-year-old sports, economic and investment project that raised the value of the club from 70 million euros in 2011 to 3 billion euros in 2021.

These are deals that allow today to bring in new sponsorship offers that may reach 500 million euros, without counting all the income associated with the Messi deal, especially from the sale of the number 30 shirt bearing the player's name, which made nearly 100 million euros in a few days.

Talking about this summer’s deals and the expected expenditure and income figures did not discourage the followers from appreciating the distinguished management of the club, which has been headed since 2011 by the businessman and media man, and one of the men of the Emir of the State of Qatar, Nasser Al-Khulaifi, who managed, in difficult and complex circumstances, to rebuild a team that was in a critical situation technically and financially. year 2011.

In a short time, it turned into a major institution and a global brand that attracted with time great coaches and international stars such as Thiago Silva, Ibrahimovic, Cavani, Beckham, Neymar, Mbappe, then Ramos and Messi, and achieved championships and titles that he had not achieved over the past 40 years since the founding of the club. In 1970, over ten years he won seven leagues, six local cups, five League Cups, and eight local Super Cups, in addition to reaching the Champions League final in 2020.

Club president Nasser Al-Khelaifi, the architect of all the transformations that the “Parisian” club has known, who in a short time turned into one of the symbols of the success of the current Qatari generation, was chosen by the French magazine “France Football” as the most influential figure in the world of football in 2020, and the president of the European Club Association became a member In the European Union's Executive Committee, the seasoned top managers battle both domestically and Europe.

He snatches championships, titles, and stars from them despite his young age and his recent reign in the world of football. He assumed the responsibility of heading a club that is very popular in France, and a great deal of interest in the political and media circles, most of which did not initially accept the Qatar Sports Investments Foundation’s acquisition of Paris Saint-Germain Club, before the man turned, in a short time, into a pride for the Parisians themselves, and the Qataris are one of the symbols The success of the rising generation of young people who took responsibility and succeeded in bringing a small country with its size and population to the ranks of adults in various fields.

Some may say that the money available to the Qatar Sports Investments Foundation, headed by Nasser Al-Khulaifi, is what allowed the man to achieve all the achievements with Paris Saint-Germain, but the president’s investment and commercial thought, the confidence he enjoys on the part of his officials, and the boldness, courage and patience that the man showed in Facing all the challenges, including the political one in France, all made it possible to achieve all these achievements.

All of these factors helped success, as well as other large European and international clubs that have had money for a long time, but they did not achieve what the president of the Parisian club achieved, especially in Mercato this summer, in which he managed to save at least 500 million euros by recruiting players in deals A freestyle in which he did not pay money to the clubs they were playing for, will generate income for the club that no other team will achieve, in light of the stifling economic crisis that European football is experiencing due to the repercussions of the Corona virus.

Expectations indicate unprecedented incomes from sales of Messi shirts, supporters’ subscriptions, sponsorship and advertising contracts with major institutions, without talking about income and other repercussions for the “Parissi” and Qatar in the season preceding the 2022 World Cup, which Messi will play as a player in a club owned by him. To a Qatari investment institution, headed by Nasser Al-Khelaifi, who succeeded in transforming what was impossible into a reality within ten years by acquiring three of the five best players in the world: Mbappe, Neymar and the legend Messi in resounding historical deals whose architect was a young Qatari when he was born, Paris Saint-Germain Germain is only three years old.

My testimony about the man may be hurt, by virtue of my dealings with him in the network of channels he has headed since 2008, which made him a large media organization that includes nearly 100 sports and entertainment channels, broadcasting 500 hours a day, in 43 countries in eight languages, and other ambitions are limitless. her, but I did not say so little.