Record contracts and failures are their common denominator 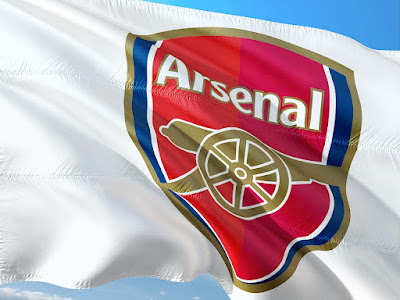 Arsenal is having a difficult start to the Premier League season, as they are in the last place after two losses that made fans angry and demand the departure of Spanish coach Mikel Arteta, who has been facing a storm of criticism for several days.

is difficult start followed a complex season, during which the "gunners" were far from the first ranks. Despite the improvement in results at the end of the season, Arsenal was unable to get a place in the first four in the standings, and thus again miss the Champions League.

The catastrophic results that the team knows locally do not reflect the value of the deals made by the team in recent seasons, in order to support its ranks with players who have the ability to make the difference and lead Arsenal to the first ranks, most of whom were stars in their teams, but the situation differed in Arsenal.

The deals also do not reflect what the London club paid to use the services of several stars, who later proved their inability to shine so that the team found a solution in some of its youngsters led by striker Saka, who is considered the best player in Arsenal in the last two seasons.

The Brazilian Edu, the former Gunners star, took over these deals and recruited many players, and despite his failure in his mission, criticism was directed mainly at the coaches who led the team in recent seasons.

And the English newspaper "The Sun" revealed that Arsenal had signed 18 players since Edo took over, in various deals, including loan and free transfer deals, but most of them were expensive for the Gunners, as the team spent 335 million pounds.

Edu assumed his duties at Arsenal in 2019 and initiated several deals, including the recruitment of Ivory Coast striker Pepe from French club Lille for 72 million pounds, as well as the English defender Ben White, who was brought in by the team in the summer Mercato for 50 million pounds, in addition to the upcoming Norwegian Odegaard. from Real Madrid.

The funny thing is that most of Arsenal’s deals were unsuccessful, considering the free transfer deals that the team expected to achieve financial and sporting gains, such as the Brazilian Willian’s deal, who was “creative” with Chelsea, but after he moved a short distance from the “Blues” training center and joined Arsenal, he became a ghost. For the shining star.

Edu, in turn, may pay the price for the disappointing start if Arsenal continues with the negative results, which is expected since the team will face Manchester City in a meeting in which Arsenal's chance of escaping a new defeat seems almost non-existent.

The Arsenal team put itself in a very embarrassing position after the resounding start of its career in the English Premier League, after the harsh loss it suffered against the newly promoted team Brentford to the “Premier League” by two clean goals, which portends a disastrous start for the “Gunners” in the championship this season.

The Arsenal team looked shaken by a modest performance against the newly promoted team, Brentford, and was weak on the pitch, which showed signs that the team may not be able to compete for a qualifying place in the Champions League even.

After the sudden loss against the Brentford team, Arsenal faces the risk of a disastrous start due to the upcoming match schedule, as it will face in the second round the strong and star-studded Chelsea team, which aspires to achieve the “Premier League” title this season, and then plays in the third round against the champion Manchester City, what It means that he may experience three consecutive losses in just 3 weeks.