Is Cristiano Ronaldo A Star? 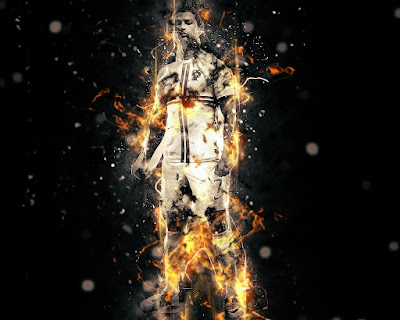 Is Cristiano Ronaldo A Star?

A question of this kind can not be asked as we watch what is happening in the last days, the legend that everyone has dreamed of that no one now seems to want except on their own terms.

It seems really strange, but what exactly happened, did Cristiano make a mistake by coming to Juventus? Did Juventus make a mistake in signing him? To what extent circumstances have played against this deal, at least so far.

Answering these questions can show us the picture of the scene we are living in, a scene in which it seems clear that Cristiano wants to leave, and Juve is waiting for the official offer and he is thinking that it will not be less than 25 million euros so as not to lose in the deal, of course with great financial satisfaction by getting rid of His imaginary salary for the club.

There are many things that usually show their truth years later. Was it really, as it is said, that Marotta, who knows well the financial and technical situation of Juve, was strongly opposed to Cristiano's coming, as it was said, and that was a reason for his departure? A deal that was also not supported by the historical director of Juve, Lochteno Moggi, at the time, explaining his reasons.

But Cristiano’s stardom was a tyrant, a tyrant at the time to the point of finding exceptions in order to get them so that the Juve president personally traveled to Ronaldo’s vacation place to finish matters and complete the deal officially, a team that does almost everything Cristiano wants, Allegri flew, Sarri flew, and Pirlo did not succeed, All for the sake of the eyes of a dream that has become an obsession, winning the Champions League.

It was believed and still is that Cristiano, one of the most prominent kings of the competition in its history, will achieve this dream, but the reality was a nightmare in three years. Juve's results with Ronaldo were worse than the results without him in the competition.

But the question here is, was Ronaldo the reason, who scored almost non-stop, what could he do more, with Juve starting the matches with a goal, all of that was not enough.

On the other hand, things deteriorated financially due to the Coronavirus, Juve’s plans to finance the Cristiano deal did not work, the Portuguese star became a financial burden, his price with the great salary made Juventus handcuffed in these years at the level of “Mercato” summer.

Before the start of the season, Allegri returned, and it is no secret that this coach did not want Cristiano, Paratici, the godfather of the transfer deal, left, does this have indications or not? Nothing happens by chance, especially in the big clubs.

Days ago, everyone knew that Ronaldo wanted to leave, even Cristiano confirmed this in one way or another when he wrote a clear statement that he did not want to return to Real Madrid, but he never said that he wanted to stay in Juventus, which feeds the idea that he does not want that if he succeeds in finding a way out...

In the past, the big clubs dreamed of covering this road with flowers for Cristiano in order to include him in it, whatever his demands. Times have really changed.