After the departure of the legend .. What are the repercussions of the divorce of Messi and Barca? 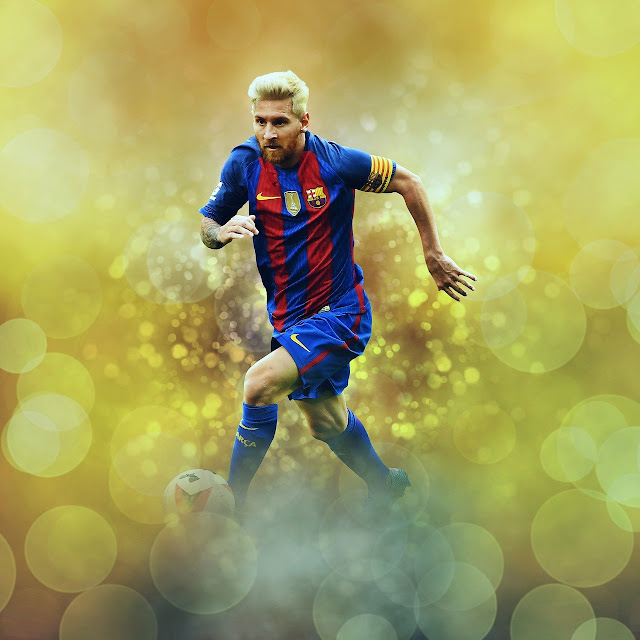 Away from everything that Barca president Joan Laporta said in his press conference about the reasons for the sudden departure of the team’s star Lionel Messi from Barcelona, ​​in which he held the La Liga League responsibly, there were many and varied public comments and media analyzes, about the reasons that led to the divorce, and the expected repercussions on Messi. Barca, La Liga, summer Mercato, and the team and league that Messi will play for later.

Everyone was shocked by the unexpected surprise, the speed with which it was announced on the club's official website, and the superficiality with which Laporta dealt with the media in his press conference as if it was just an ordinary football player and not Messi, the maker of joys, fun, and spectacles, and one of the best players in the history of the ball, despite It was he who demanded to leave a year ago, under former President Maria Bartomeu.

What happened is that Messi left Barca in the blink of an eye, with just a short statement of a few words that did not carry appreciation and gratitude for the player, nor an explanation in it of respect for the club’s legacy and its loyal fans who did not believe the news in the first, and had to wait for the press conference held by President Laporta the next day to realize Indeed, the story is over, and Messi left Barca and the League for purely economic reasons, not related to Messi’s financial demands, but rather to the wage-ceiling policy imposed by the League on all Spanish clubs, according to the club’s president’s justifications, who returned to using the language of promises and playing on feelings; Especially when he said that Barca is greater than any player, and he will remain great, and win titles as he was, which was not achieved over the past two seasons, even in the presence of Messi.

Messi, in turn, did not delay long in responding during the press conference he held today, in which he seemed very affected by his departure. The audience and all the spectators cried and cried, expressing his sadness and pain because of the departure without hearing the cheers of the fans, saying that he "does not believe what happened, and he did the impossible to survive." This is the talk that increases the ambiguity about what happened, especially that Messi thanked President Laporta and the President of the Spanish Football League, and did not hold any party responsible for the divorce, as if all parties were convinced of the necessity of separation, and agreed on the same justifications; This has exacerbated the shock in the media and mass circles, which will need other days to absorb it and to overcome the damage and repercussions that will be great for an event that no one expected in this way, speed and simplicity of those concerned.

What will happen after Messi's departure is that Barca will compete in the new league next week without Messi. The team may return before 2005. It will not be Barca technically, publicly, or even financially, which was the direct reason announced for not renewing Messi's contract. But the divorce will cause other significant financial losses to the club; Because Messi was behind a third of Barca's income from advertising and "marketing" during the last decade; Even the process of selling the shirts bearing his name brought the club approximately 60 million euros annually, and the majority of advertisers and sponsors were attracted by Messi’s name before Barca in their investments, which will witness a significant decline that will cost Barca and La Liga great economic losses that complicate the financial crisis in which Spanish clubs have been floundering since The beginning of the epidemic.

The League will, in turn, lose a lot of its reputation, which was affected by the departure of Ronaldo and then Neymar, and after them Ramos and Messi this season, waiting for the departure of other stars due to the financial crisis in which many clubs are floundering. Vinicius and Braithwaite, without taste, color, or even artistic, media and public value, after Ronaldo took many of his fans to Juve, and the departure of Messi will have the same effect and more, because it is related to the son of the team and the League, who only wore the Barca shirt throughout his career, and he was a joy maker and a difference Big, no other player will be able to, at least for the time being.

The biggest expected repercussions are the huge economic and financial losses for Barca and La Liga, especially after the leaks that talked about the desire of the main sponsors to reconsider the contracts concluded due to Messi’s departure. that he lied to the supporters after he used the paper to convince Messi to stay in the presidential elections he won, and his failure to conclude big deals in the level of value and reputation of the team, even the president of the Spanish League, Javier Tebas, will pay the price for Messi's departure; Because he has a project to reduce the players' wage bill that caused Messi to leave Spain.

Even Messi will lose playing in an environment and atmosphere in which he grew up and became famous, in which he achieved himself and his football glory; So he cried during the press conference with that heartburn, but his unique skills and overwhelming popularity may enable him to continue his creativity in any club, although it will not be easy psychologically in the first place, it needs a lot of time, effort and patience, and perhaps circumstances similar to those in which he played, And a team that has the potential to compete for local and European titles and championships, which it has been accustomed to and missed during the last period due to the decline in the level of Barca, which prompted it to demand to leave at the end of last season.

The big winner will be the club that he will delegate and the league in which he will play for other years, and the biggest loser will be the Barca fans, who have lived many joys with achievements and crowns, and many losses, defeats, and setbacks, but they did not grieve and break him, as Messi's departure did in this way that he was unable to bid farewell to his lover.